9 Days and 8 Nights in Egypt and Kenya 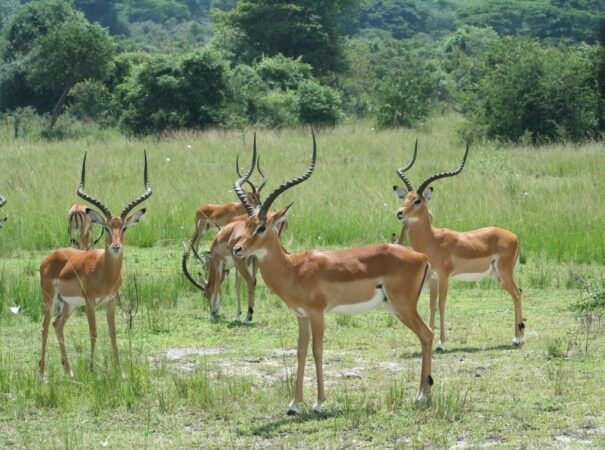 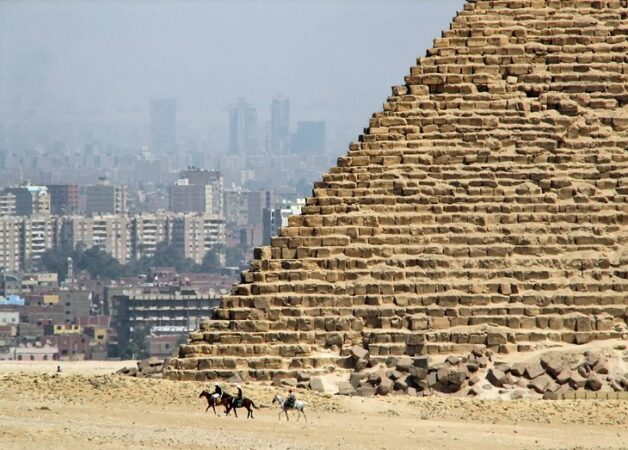 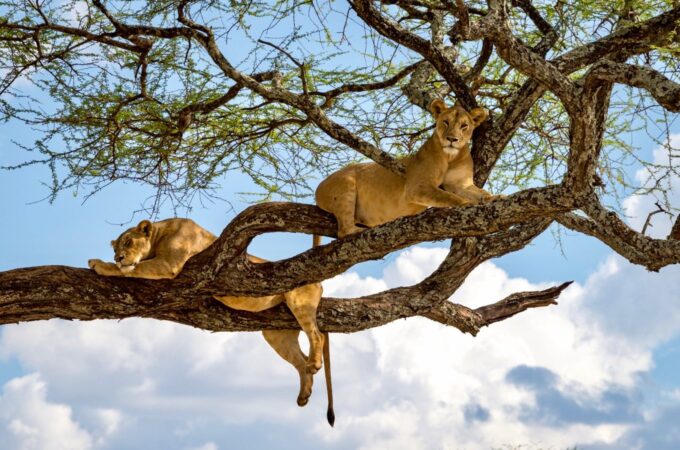 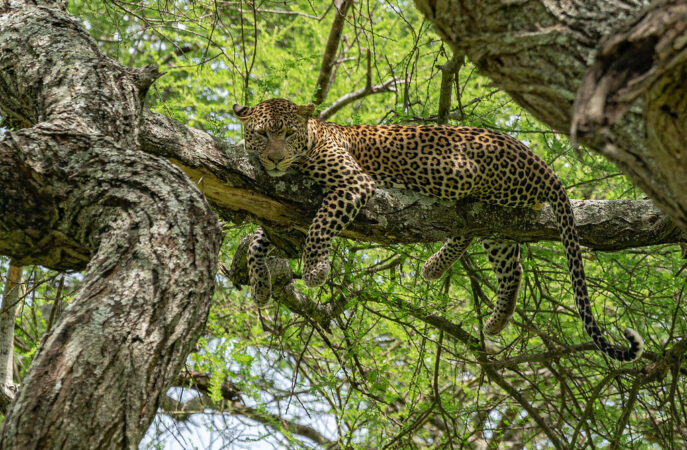 Day 1: Pick up from Cairo Airport and Transfer to the hotel

On the Arrival representative will pick you up from Cairo International Airport by the exit door, holding a sign "Ancient Egypt Tours with your name written on it”. Will meet & assist you at Cairo International Airport (Arrival procedures) and then he will escort you to the hotel by exclusive air-conditioned deluxe vehicle. At hotel the tour manager will assist with a smooth check-in and review your holiday itinerary with you to establish and confirm pick-up times for each tour then Dinner Overnight.

Breakfast at your hotel in Cairo and then met your personal guide who will accompany you to Giza Plateau to visit one of the seven wonders of the ancient world The great Pyramid of Khufu’s (Cheops), 3small pyramids You will continue to explore the rest of Giza plateau including the sight of Khafre’s (kaphren) pyramid - Khufu's son, the second-largest pyramid on Giza site,, the remains of the funeral temple, the pyramid of Mankawra (Mykerinus) and 3 small pyramids. Then proceed to visit the Great Sphinx, the head of a pharaoh with a lion's body, which dates from the time of Chephren; the tour also includes a visit to the Valley Temple, which belongs to the pyramids of chefren This temple served definitely two functions: First, it was used for the purification of the mummy of the king before its burial. Second, it was used for making the Mummification process of the king. After visiting the pyramids, you'll then continue across the plateau for a photo opportunity of the three pyramids rising from the sands, with the Cairo skyline in the background.

Proceed to have your lunch at local restaurant

After that transfer to Memphis, which was founded by King Menes, and was the capital of Old Egypt during the Old Kingdom, it was considered to be a center of rule and culture for over 3000 years the first capital of Egypt, The city reached a peak of prestige under the 6th dynasty as a centre for the worship of Ptah, the god of creation and artworks. The alabaster sphinx that guards the Temple of Ptah serves as a memorial of the city’s former power and prestige. The Memphis triad, consisting of the creator god Ptah, his consort Sekhmet, and their son Nefertem, formed the main focus of worship in the city. Memphis declined briefly after the 18th dynasty with the rise of Thebes and the New Kingdom, and was revived under the Persians before falling firmly into second place following the foundation of Alexandria and see the Statue of Ramses II-16 meters high, the alabaster sphinx you will be transferred back to your hotel dinner and Overnight

Breakfast at the hotel and then you will be escorted by your private guide to visit: The Museum of Egyptian Antiquities, known commonly as the Egyptian Museum, in Cairo, Egypt, is home to an extensive collection of ancient Egyptian antiquities, and dates back some 5000 years of art which is considered the largest most precious collection of Egyptian art in the world. Over 250,000 genuine artifacts are presented, with a representative amount on display, the remainder in storerooms, The Egyptian Museum which is filled with thousands of Pharaonic artifacts, including the golden treasures of King Tutankhamen. Fascinating objects such as jewels, headdresses, alabaster vases and toys from ancient Egypt are all on display, and many priceless statues and other artifacts can also be seen which was enclosed in his tomb for over 3,500 years before it was discovered in the 1922s when his tomb was excavated, The Egyptian Museum is one of the first stops on most people’s itineraries when travelling to Egypt. This distinctive museum that houses a vast store of priceless objects, from earlier time to the Greco Roman period is worth seeing.

Before extending your trip you will be served with a warm delightful lunch meal at a high quality restaurant.

After lunch, proceed to Old Cairo to visit fascinated built wonders such as the Hanging Church that was built in 3rd and beginning of the 4th century. also in the Basilica style., the Abu Sirga Church and Ben Ezra Synagogue which dates back to the beginning of the 15th century AD It was built in the Basilica style above the cave in which the Holy Family took refuge. End your tour in Cairo with a visit to Amr Ibn El-aas mosque which is the very first mosque built in Egypt.

You will continue to explore Then transfer the Citadel of Salah El-din, where you will see the view of all Cairo, as you will visit Mohamed Ali Alabaster Mosque which is considered the largest to be built in the beginning of the 19th century the ruler of Egypt (1805-1849) who ruled Egypt over 45 years & it is built in Turkish style

There you will drive to Khan El Khalili Bazaar, (if there's enough time), one of the most famous and oldest bazaars in the Middle East. Back to hotel for Dinner Overnight in Cairo

Day 4: Transfer to Cairo International airport for Departure to Nairobi

After breakfast will be, transferred to Cairo International Airport for departure to Kenya arriving at Kenya International airport our Driver Guide will pick you up then drive straight to the hotel for Dinner and Overnight.

After breakfast we depart from our Nairobi hotel for a scenic drive through the Great North road to Hell’s Gate National Park. Arrive at Hell’s Gate National Park after an hour’s drive. Once at the Park, you have the option of a game drive in a Safari vehicle or take bikes into the Park. Cycling in the Park is a great adventure as you get to ride the bikes for 7 Kilometres before resting at a ranger’s post. After a brief stop at the rangers post you leave the bike and start a walking safari. Enjoy the spectacular views of the gorge.  Dinner and overnight

This morning we leave Naivasha and head for Lake Nakuru Park, regarded by avid birders’ as the greatest World ornithological spectacle on the Earth. The park is famous for its millions of pink flamingos lining on the lake shore, arriving by mid-morning at Lake Nakuru for a game drive en route before checking-in at Lake Nakuru Lodge for Lunch. Afternoon game drive followed by a walk along the shores which will also allow us to see the many wild animals in the park and especially the park is the Sanctuary to the Black Rhino, White Rhino and the Rothschild Giraffe.   Dinner and overnight

Soon after breakfast, drive across the floor of the Great Rift Valley the longest rift in the crust of the Earth to Masai Mara Game Reserve the unspoiled Savannah. Masai Mara is actually the northern portion of the Great Plains ecosystem in the neighboring Tanzania called Serengeti. It is a home to the “big five” lion, buffalo, rhino, leopard and elephant as well cheetah, zebra, giraffe and vast herds of plain antelope and numerous and other wildlife. Accommodation will be at an excellent lodge. After lunch and some time to relax and perhaps take a dip in the pool, you will depart with your driver guide for an afternoon game drive in search of the big five. As sun starts to edge dip into the horizon, it will be perfect time to photograph the beautiful Mara rolling plains.  Dinner and overnight

A full day in the Mara, the extensive grasslands are a strong hold to the threatened, migratory Corncrake and the near threatened Jackson’s widowbird. The bush and woodlands around the reserve also hold some unique bird species, more than 450 bird species have been recorded in the Mara, including 12 species of cist cola and birds of prey.  Dinner and overnight

After breakfast depart the Masai Mara for Nairobi. Stop for panoramic views of the Great Rift Valley en-route. Arrive in Nairobi in the afternoon. Drop off to the airport in time for your flight back home 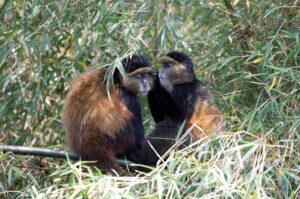 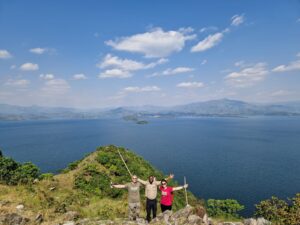 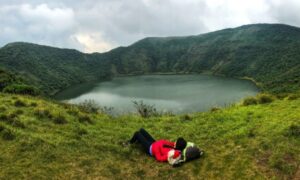